A total of thirteen projects worth an investment volume of 57 million euros have already been realised at Vogelsang IP. 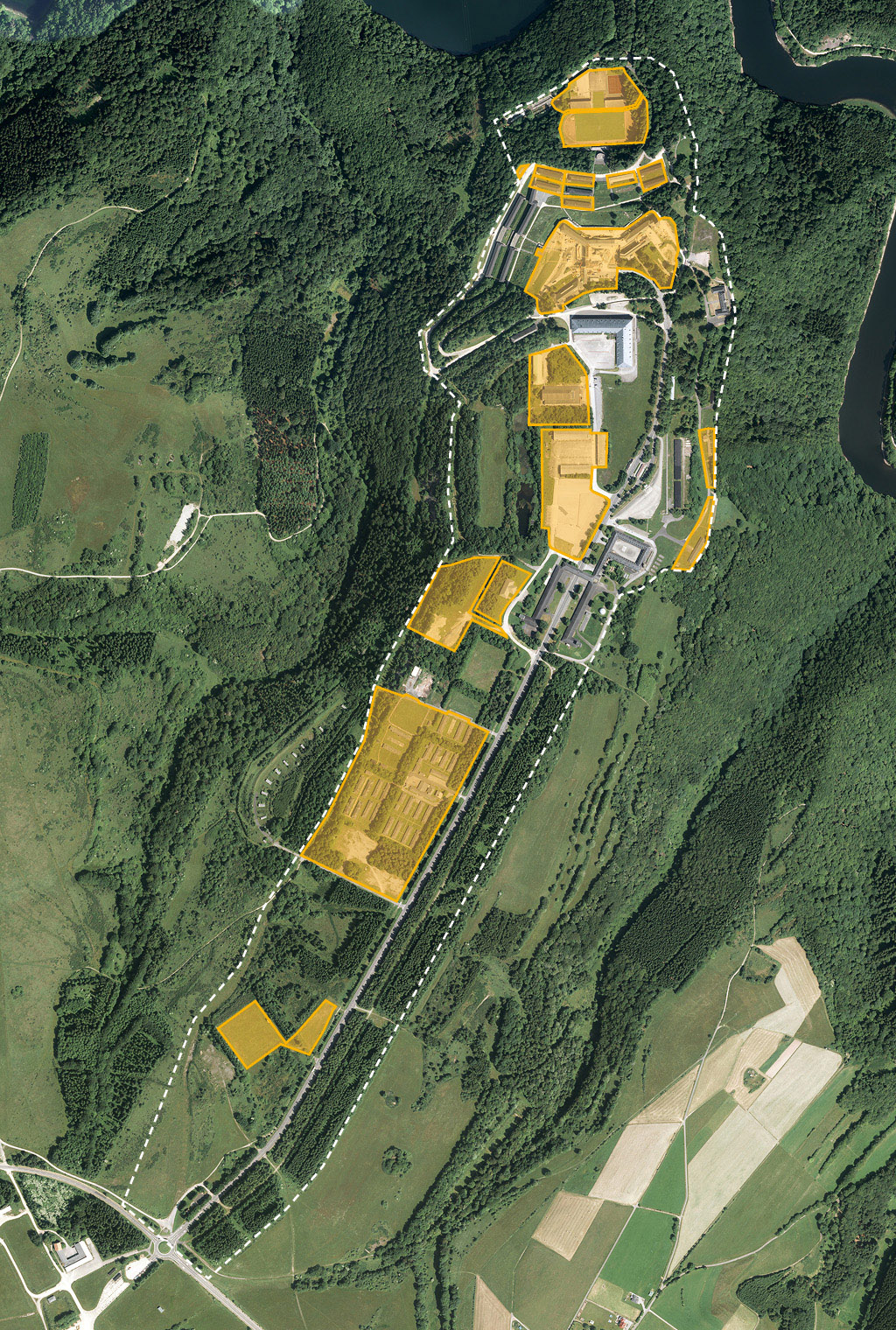 The local chapter of the German Red Cross has been committed to Vogelsang IP from the very beginning. It purchased and converted five existing buildings that are now used as the Red Cross Museum Vogelsang IP, the Youth, Nature and Environmental Education House Transit 59, the Red Cross Academy, and the Red Cross Escape House.

The sports centre with a swimming pool, gymnasium and sports ground, and the “Eifel-Ardennes Nature Conservation House” are operated by associations. Private investors are responsible for the “Astronomy Workshop”, “K 13 The Guest House” and “Seminar House Vogelsang 86” with its pastoral care in the Eifel National Park and Vogelsang” services. They all contribute to the diversity of Vogelsang IP. The motorhome park is currently being developed by an investor.

The Schelde refugee home was set up by the state of North Rhine-Westphalia to serve as central provisional accommodation, temporarily until the year 2021.